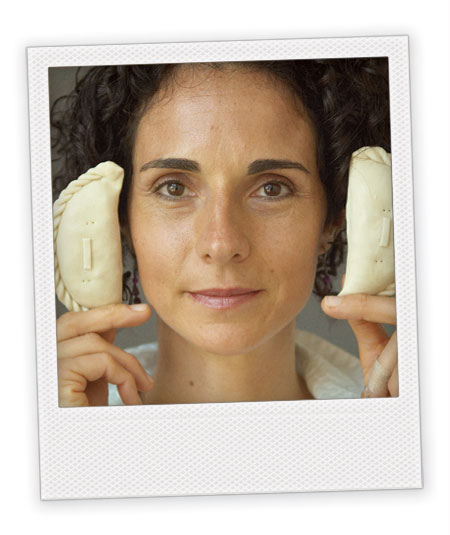 In 2002, Marina Queirolo and her family emigrated to Canada from Argentina. Throughout her career Marina, who is a graphic designer/marketer by trade and entrepreneur by nature, sees in every day life an opportunity for a new idea. This interest led her to create sûrkl empanadas.

With much passion, no shortcuts and a "purist" way of approaching food & food production, sûrkl empanadas is unique in many ways. Embracing the local food movement, the empanadas are made whenever possible with local ingredients and have no added preservatives. Each empanada is handcrafted with a different "repulgue" or decorative braiding to identify the filling inside. Marina distributes her product in the freezer section of fine food shops around the city and can also be found at several farmers' markets. It is being involved in her family's new city and local community that invigorates Marina.

Surkl has participated in several events like the Evergreen Picnic at the Brickwork's (a Slow Food movement event in 2008 & 2009). She is involved in the Foodshare Youth training program. Has organized adult and children cooking classes. Held a "Tango at the Market" event at the Evergreen Farmers' Market. Was interviewed by Sarah Elton for the show Here & Now CBC Radio One. Featured in Christine Cushing’s new show “Fearless in the kitchen” on Viva Network. Participated as one of the chefs in OLA- Of Latin America- 7 Chefs, 1 Kitchen, 1 Hot Night a dinner odyssey featuring some top Latin cooks living/working in the GTA.